“Our son Dominic, Dom, is 13 years old. Like other teenagers, he is beginning to grow some facial hair, and he enjoys holding a phone so he can listen to music. We help him show off his personality through funky haircuts, fun socks, and cool outfits. Dom is non-verbal so he won’t respond, but we know that as he gets older, he appreciates being able to fit in more with his peers.” 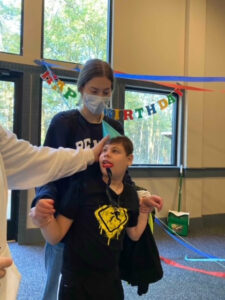 “When I was pregnant, there was a lot of uncertainty surrounding how Dom was developing. We were sent for genetic testing, and later connected with a special team of doctors. Our geneticist shared that Dom had Mosaic Trisomy 6, which is a rare chromosomal disorder, and microcephaly which meant that his head was developing smaller. We continued to meet with doctors for the remainder of the pregnancy. “
“From that point on, we had an ultrasound every week. We continued to hear a strong heartbeat and see his movement. He was alive, but the doctors couldn’t explain his progress. We weren’t very religious at the time and we had always thought science could explain anything. But since science couldn’t explain our child we began to believe that there must be a God. From that moment, we decided to pray without ceasing for our unborn child!”

When Dom was born, we were so excited!
He was perfect, small, and adorable. 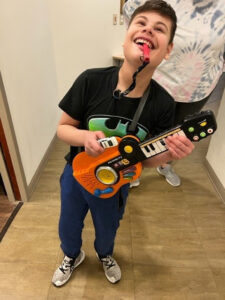 “When Dom was 9 months old, he couldn’t sit up or roll over and those delays continued to develop as he grew in age. Medical resources are limited for parents with children with special needs, so as he grew, we saw many different doctors. When he was 8 years old, he had a grand mal seizure and was placed on a new medication, which brought on other side-effects. 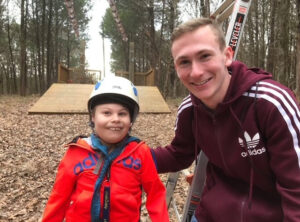 “Finally, his first camp weekend arrived and we were a wreck. We showed up and they greeted us on our first day with a binder including everything necessary for his support and care for the weekend.

When the weekend was over the camp staff returned all his belongings to us labeled and in order. We were put at ease, and we knew this was the right place for him.  “ 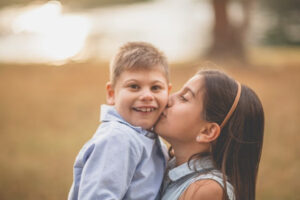 “The second time we enrolled Dom in camp we decided to take our older daughter away for the weekend to an amusement park. The time away with our daughter was amazing, and like nothing we had ever been able to do before.”
“Once everything shut down because of COVID, we weren’t sure if camp would return. We were grateful for that season when Dom could participate, especially during his preteen years, but we didn’t know what things would look like in the future. Now that camp has started back up, he knows what to expect and is excited to go. He’s not excited in a way that he is able to tell us, but we know he is excited and ready because he willingly walks away from us and toward the camp staff and volunteers.” 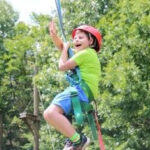 “Jill’s House has helped Dom develop his life-skills. We know that through Dom’s success at camp he is working toward living a somewhat independent life as he grows older. We are also grateful for everyone who serves at camp. They choose to be a part of my sons’ life! We admire them and are just so grateful for the compassion in their hearts for families like ours. It is humbling that Jill’s House is so willing to love and welcome our family.”
“God is leading and growing us all through Dom! We are witnessing God’s image here on earth in our son! Dom has pure joy and loves everyone around him, and we also know that others around him are interested in the joy that Dom has.

Since Dom has been attending Jill’s House Weekend Adventure camp, we have gained confidence as a family. We feel so blessed by our community and the support we have for one another! We feel this is exactly where God wants us to be.” 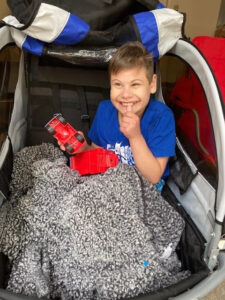 Thank you for making stories like Amicone Family possible.