“Ryan is 22 years old, transitioning out of school this month, and Jill’s House been part of our family since he was about 10 years old. Wow, that is 12 years! Ryan has grown up so much in those years.” 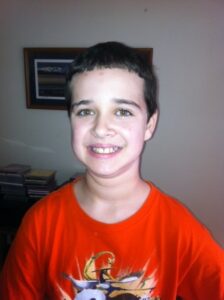 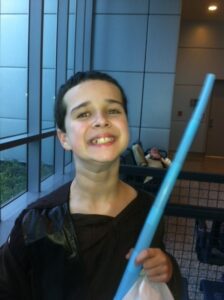 “I first heard about Jill’s House at a monthly meeting for Parents of Autistic Children of Northern Virginia (POAC-NoVA). At that time, we would meet as a group every month and different speakers would join us to teach on different topics. A woman from Jill’s House came to speak to us and shared about this new respite facility opening. Honestly, respite sounded wonderful, but seemed too good to be true!”

“I remember those years when Ryan was younger. He was much more of a challenge! Ryan was initially given a diagnosis around 3 years old and around that time we began early interventions. He was quite a challenge in those early years. He had issues with elopement, aggression, and behavior issues.” 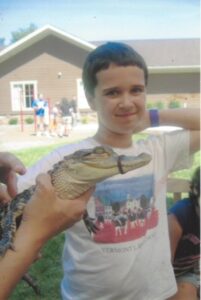 “As he grew older, he became a very picky eater, he was resistant to changes in his schedule, and transitioning from a preferred activity to non-preferred activity was very hard. We had been receiving educational services, and we enrolled Ryan in adaptive Tae Kwon Do and Boy Scouts for kids with special needs, but we continued to have so many challenges with him.”

“After hearing about Jill’s House, we decided to process our paperwork, but it was still so hard to imagine leaving him for a weekend. Our family has always lived so far away, and we had never considered leaving Ryan overnight with a friend or babysitter. The staff at Jill’s House were so kind, reassuring, professional, and responsive. I cannot over emphasize enough how wonderful it was for us to have Jill’s House at that time! When it was time for Ryan to stay overnight, we were comfortable leaving him and knew that he was going to be loved and cared for. We were convinced that Ryan would be safe.” 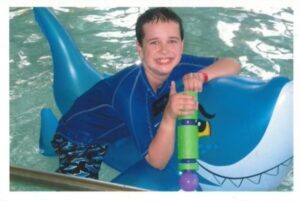 “Ryan loved going to Jill’s House from the start! I still remember that first time he stayed there. At the end of Ryan’s stay we were given a photo of Ryan playing in the pool. He had this enormous smile on his face, and he looked so happy! This photo of my son playing and having fun was Jill’s House’s way of helping our child say, “Look how much fun I had while staying at Jill’s House!!”.”

“We have so much faith in Jill’s House!” 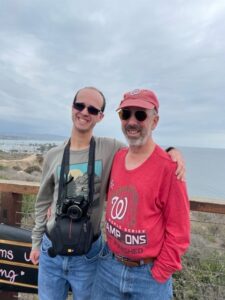 “Ryan still enjoys staying at Jill’s House even at 22 years old. When he was younger, he was really excited about playing in the pool and watching movies. Now as a young man, he still enjoys those activities, but he also enjoys hanging out in Tech trails and watching YouTube videos or chatting with staff.”

“Ryan has been a student with the Fairfax County Davis Career Center and has had multiple job placements to build his vocational skills. Some of his previous placements have been data entry, filing, and mail delivery, and he has been placed at Jill’s House since September 2021 as Front Desk Receptionist. He loves working at Jill’s House!”

“Ryan will be aging out of the school system in June and will be attending PREP (Pre-Employment Readiness and Education Program), a 6-week program at Wilson Workforce Rehabilitation Center. This program focuses on employment readiness and independent living skills. We are excited about the next step for Ryan, though we are all a little nervous about some of the unknowns.” 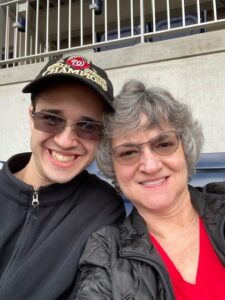 “When Ryan returns in July, we hope to resume in-home support services offered through Jill’s House. Ryan will probably also pursue additional vocational training. Ryan also the big idea to return to Jill’s House as a volunteer! At first, we were wondering if it was a good idea since we don’t live very close and we weren’t sure how he would manage on public transportation. But he is super committed to Jill’s House, so we just can’t say no!”

“We have been so grateful for Jill’s House, the young man they have helped our son become, and for everything the staff and volunteers have done for our family.” 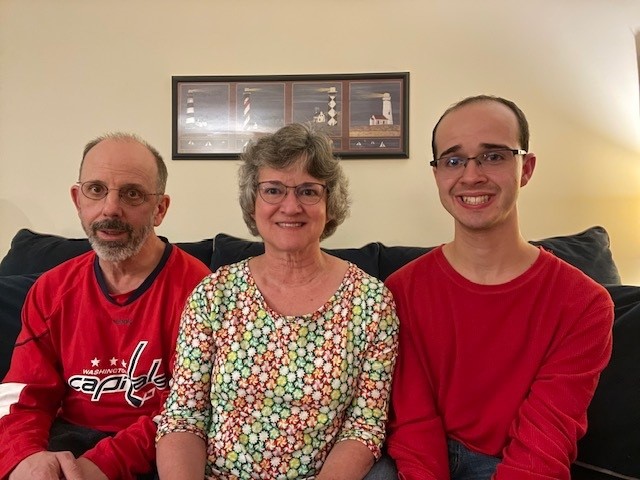