Keith is the youngest of our six grown children. We are blessed to have four grandchildren, with one more on the way. Every day, we are grateful for the ways God has shown his love for us, through our family.

When Keith was born, I could feel the grace and patience of Jesus’s love for him in my soul. Keith was born with Down syndrome and autism; but we all knew that Keith was God’s perfect plan. He is now 21 years old and has been attending Jill’s House since 2010. If Jill’s House had not been part of our lives for all these years, it’s hard to imagine how things would’ve been. 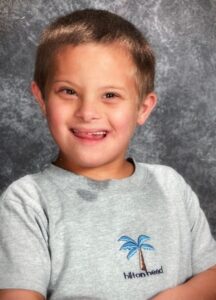 Keith’s first weekend stay at Jill’s House was two months after it had opened, in 2010, when he was 11 years old. We were so nervous, as we had never before considered the idea of respite or our child staying away from home overnight. But I’ll never forget the look on his face when we were driving home after the first weekend. He appeared to be in a kind of dream state, as if he were replaying the whole weekend in his mind. It was almost as if he couldn’t believe it was real; maybe he was wondering if it was going to happen again. He was quiet. And this type of behavior wasn’t typical for him; so I knew, at that moment, that Jill’s House was really something special.

Between each visit, Keith would mark the days on the calendar until his next visit. He had been going to Jill’s House for about a year, when we began noticing how comfortable he was. He would walk into the building and say, “POD two, please!” He was so at ease that it was almost as if he were checking into a hotel.

Though Jill’s House has mostly been for Keith’s benefit, it feels like God has used Keith and Jill’s House to impact the whole family! 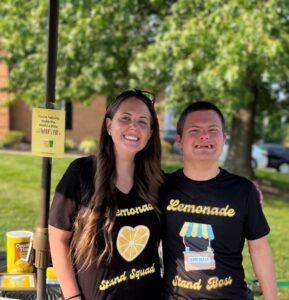 After observing Keith at Jill’s House, our middle daughter applied to be a volunteer there. Later, she took a staff position. She said that she had never worked at a place where people just loved to be there. She had once considered going into Nutrition. But, observing Keith at Jill’s House and being on the team as a volunteer and an employee changed her heart, and consequently her career path. When you witness people come forward to help fund a cause or help serve, it replaces fear with love. It inspires you to step up and do the same. We feel that there is no other place in the world for families like ours. Our daughter is now a Special Education Teacher.

When Keith was younger and we were attending the McLean Bible Church (MBC), we were excited about Jill’s House opening in the community. Before that, Keith would participate in the Access Ministry at the church, while we would attend the worship service. It was during that time when our faith in God’s sovereign plan was really nurtured. We were attending the MBC, so Keith could participate in the Access Ministry. However, we believe that God provided a space for Keith, so my husband would return to church. It was while we were attending the MBC that my husband accepted Jesus as his savior.

God’s plan, for our lives, is always greater than our plan! 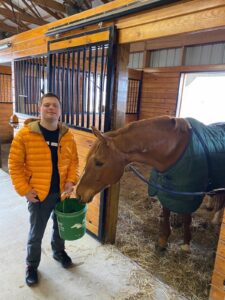 While we feel very fortunate that Keith has had all this time at Jill’s House, we also feel sad that he will be aging out of the program in a few months. Our dream is that Jill’s House continues to help families, even as kids grow into adulthood. Jill’s House brings such joy and comfort to families!

Keith loves interacting with people, using technology, and making people laugh. He loves kids and will be assisting us as we develop a Special Needs Ministry, at our new church. We are excited to see how God uses Keith to bless others in the future!

God’s plan is always greater than anything we could possibly dream of, and God’s grace is always sufficient. 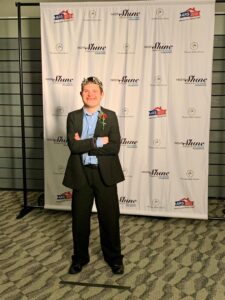